Last July, shortly after the outbreak of war in Gaza, President Barack Obama declared that “Israel has the right to defend itself against what I consider to be inexcusable attacks from Hamas.” To demonstrate the general moral applicability of this position, he said that “no country can accept rocket [sic] fired indiscriminately at citizens.” Obama’s claims provided ideological cover for Israel to carry out wholesale slaughter over the next six weeks in which nearly 2,200 Palestinians were killed.

Obama also conveniently turned reality on its head by ignoring the fact that it was Israel that was responsible for nearly three times as many cease fire violations as Hamas since December 2012. Israel’s violations of the 2012 cease fire caused the deaths of 18 people, while Palestinian violations caused none. Since the end of the 51-day war in August 2014, Israel predictably has gone on violating the most recent cease fire even more brazenly and with complete impunity.

In reality, Israel violated the ceasefire and holds all the cards. tmf

Prior to the most recent land confiscation order, the Israeli government had already stolen more than 90% of Wadi Foquin’s land, failed to control raw sewage pouring in from nearby settlements, destroyed hundreds of their olive trees, and issued demolition orders for many structures in the village, including the children’s playground. Despite the Israeli government’s attempts to eliminate Wadi Foquin and intimidate people who speak out through reprisal attacks, the residents are determined to remain steadfast on their land. 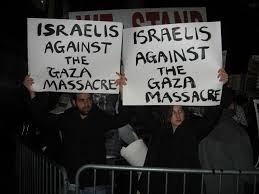 The U. S. Congress has been informed about the devastating impact of illegal Israeli settlements on nearby Palestinian communities, specifically Wadi Foquin and neighboring villages in the Bethlehem district.

In addition to educating lawmakers, we need them to challenge the entrenchment of Israel’s occupation. That’s why we need you to call Senator Bob Corker, the soon-to-be Chairman of the Senate Committee on Foreign Relations.

Tell Senator Corker’s office: Enough with resolutions expressing blind support for Israel. It’s time lawmakers and the Senate Committee on Foreign Relations challenge rather than reward Israel’s blatant violations of human rights. Those seeking a lasting peace and end to the ongoing violence must address the root causes of Israel’s occupation, dispossession, and systemic discrimination against Palestinians.

Thank you for taking action and ensuring these
important voices are heard on Capitol Hill.

P.S. — If you’d like to learn more about Wadi Foquin and the campaign to challenge Israel’s illegal settlement activities around the village, please click here to visit the Friends of Wadi Foquin website.