Bernie and Hillary are two peas in the war pod and neither makes any sense.

Hillary wants to bomb Iran, risking nuclear war with Russia and China… China has the largest standing army in the world, Russia has the 5th largest and Iran has the 8th largest. More than two dozen simultaneous wars alone will bankrupt America. 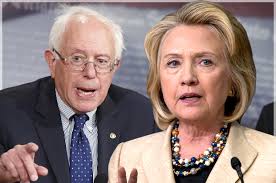 Bernie wants to continue selling 20 billion dollars in arms to Saudi Arabia and put them in charge of a war on ISIS. (In what universe?) And Sanders would continue dozens of avoidable wars, drones killing innocents and presidential assassinations without due process. Spending trillions makes reform impossible.

Both want to continue spending trillions and killing millions for billionaires, profiteers and munitions firms. Everyday people are expected to pick up the tab, with dollars and lives. Dozens of simultaneous wars…. without attacking Iran or starting a ground war with ISIS, will bankrupt America between 2020 and 2030. 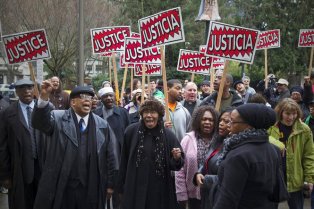 We can shut down wars of choice and invest trillions in people, infrastructure, human services, research and environmental reconstruction. Restoration of human rights and investment in people will create jobs with justice and all ships will rise.
The Green New Deal
https://thepeaceresource.wordpress.com/2015/07/14/power-to-the-people/

We can shine with Stein.

“If you are tired of wage theft, slave labor and working poverty… abandon the corporate cons and war-profiteers who have brought us twenty seven unnecessary wars, joblessness, and recession while sacrificing the peace to please munitions contractors. It is time to stand firm.”