Obama is not on our side.

The Obama Legacy:
Obama spent trillions killing millions for munitions cartels, war -profiteers and billionaires like Trump in dozens of unprovoked wars on smaller and less powerful nations, mostly people of color, who did not attack us.

More than 27 wars of choice, thousands of drones killing an average of 50 innocents per strike, presidential murders around  the globe without due process, reductions in civil rights at home and illegal wiretapping of innocents and allies while militarized police are provided with a license to kill, Wall Street gets tax breaks and Main Street was sold out. 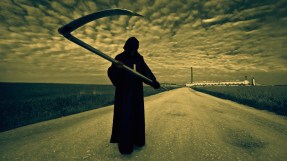 Obama, president of the United States, could have signed an executive order suspending all arms sales to Israel until that nation chooses to obey the rule of law. But Obama supported Israeli aggression. Barack Obama remains ambivalent about Israel murdering thousands, including hundreds of children. During the time when the worst carnage was in progress the president provided more even more arms and repeated IDF rationalizations.  The man has no scruples.

That Obama will not stop arms shipments to Israel and won’t prosecute the profiteers  who came before him, makes him a pro-active war-criminal. His illegal deployment of drones and unprovoked attacks on dozens of smaller and less powerful nations are war crimes by definition.  But nobody has held him accountable and the coffins continue to pile up in expanding wars of aggression. 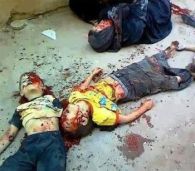 Barack Obama was never on our side. He refused to secure the peace.  He supported the murder of prisoners at home and the misuse of CIA and Pentagon mercenaries to destabilize, attack, invade, and/or occupy and exploit sovereign nations and people abroad who posed no threat to America or her people.  Obama made us the terror.

The failed president remains an unaccountable war criminal and a  corporate tool. Any responsible congress would have impeached, indicted, sentenced and jailed Obama for his crimes.  But Obama redefined American “justice” as his “right” to murder anyone, anywhere, any time, for any reason or without providing any reason at all.  Anyone who believes otherwise is in denial.  Hard facts remain.

1. We’ve been in an unprovoked war on Afghanistan for more than a decade.

2. We’ve been at war in Iraq for nearly as long. 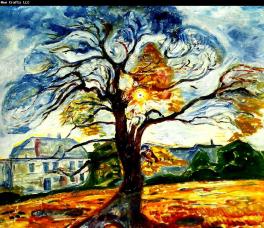 3. We’re at war in Pakistan and have been since 2004. We are currently killing innocents who pose no threat with illegal drones which have been documented to kill an average of 50 innocents per strike. None of these nations attacked America.

4. We are needlessly at war in Yemen.

5. We have ongoing CIA machinations and Naval war games staged in and around Iran.

6. We have ongoing CIA hostilities, in coordination with Columbia, against Venezuela.

7. We’re at war, dropping bombs and devastating the people of Libya.

8. We are at war in Nigeria, killing for no good reason.

9. We are at war in Algeria, but this nation poses no threat.

10. We are at war in Somalia, running training camps and hosting eight Predator drones, eight more F-15 fighter jets, and have nearly 2,000 U.S. troops and military civilians at a base in neighboring Djibouti.This war is undeclared.

11. The U.S. is targeting Communist insurgents in the Philippines in violation of the rule of law.

12. And the USA, by proxy, is at war in Gaza. This is a “war” against civilians in hospitals, schools, churches, aid stations and homes. 80% of the dead are not military targets and the IDF army, navy and air force are dropping munitions on barely-armed people in an open-air prison, where poor people have been barricaded and held hostage for years.

All of these wars are violations of the War Powers Act and unconstitutional. Only congress can declare war. None of these conflicts involve people or nations which pose a threat to America. Not one of these nations has attacked this country.
https://thewordsmithcollection.wordpress.com/…/eight…/

Since taking office, Obama bombed at least ten sovereign nations, wreaking more havoc than any of his predecessors since World War Two.  These bombings violate International Treaties, U. S. Civil Law, The War Powers Act and Constitutional Mandates.  We have deployed troops, attacked, bombed, or used illegal drones and mercenaries against popular governments in these nations.  We are the aggressor and were not attacked.

We have become the terror.

5 comments on “Obama is not on our side.”