Ralph was right twenty years ago… “Tweedledum and Tweedledee”

Mass Media: Raise Your Expectations for Your Country
by Ralph Nader
September 24, 2015

The mass media, with usual exceptions, have allowed themselves to be pulled down to the level of the political circus. If the Republican Party’s early primary campaigns for the presidential nomination had an elephant and a clown car, Ringling Brothers would be in trouble. It is hard for the Republican presidential candidates to resist temptation, defined by hyping an entertainment circus led by the chief circus barker – Donald Trump of gambling casino fame. 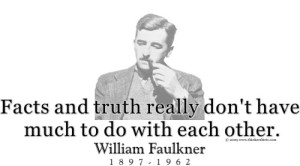 Sixteen candidates, after inexplicably excluding Mark Everson, the former IRS commissioner under George W. Bush and the first to announce, are hurling epithets, war-mongering bravados, and assorted boasts against one another. After their so-called debates, the media emphasize the insults of Trump and others against one-another. Reading the coverage and watching the TV clips, once comes away with the impression that snarls, quips, ripostes, and gaffes, now pass for news.

How rancid! How demeaning to our country and its people! It is bad enough that voters have been reduced to spectators watching a reality show with the candidates, bidding to become the most powerful person on Earth, with a finger on the button. It is bad enough that the ever-hovering Super PACs and their indentured candidates, save occasionally Rand Paul and John Kasich, don’t seem to want to be serious, knowledgeable, or at all compassionate toward the powerless and deprived.

This potpourri of poseurs made it possible for Carly Fiorina to rise to the “top tier” on the basis of a few statements that exude the feigned confidence of the failed corporate CEO she once was. The “roman candle” moment that had the political pundits call her the debate winner last week was her response to Donald Trump questioning “that face” becoming president. She calmly responded: “Women all over this country heard very clearly what Mr. Trump said,” just before he exercised his usual recovery ploy and exclaimed “she’s got a beautiful face and she’s a beautiful woman.” Will Rogers or Jon Stewart would have had a field day with that exchange.

Culpable as these candidates are, with varying degrees, in debasing the most fundamental electoral expressions of the people – the delegation of their sovereignty and power to elected representatives – the media accentuated the dismal trivia with questions that matched the vacuousness of the format.

The only business protected from government by our Constitution is the media—their right of free speech based in the First Amendment. Just look how the media are handling this public trust! As Jamie Larson, a reporter for the website Rural Intelligence, said: “The media ask questions about what candidates are saying but are not asking the questions they independently should be asking.”

Such as, I would suggest: “What is your record and position on corporate crime enforcement and what would you change so as to punish and prevent corporate criminality?” Or “People everywhere feel powerless toward government and business; half do not even vote. How would you specifically shift power from the few to the many so that the citizens can have more real choices of candidates and better control the abuses of electoral politics, government, and big business?” And “Have you ever supported specific empowerment strategies for the people?” Or “How would you increase voter turnout – say by having a voting holiday, more days for absentee voting, enacting a none-of-the-above option for voters, reducing or eliminating burdensome and meaningless voter registration rules?”

When voters decide they will no longer be mistreated and summon candidates to their own citizen-powered debates, the dynamics behind the campaigns will shift toward the citizenry.

It would not take more than 500,000 people connecting with each other to make all this happen. There are about 150 million registered voters The media can indirectly create the climate for this civic-engagement and shape of the presidential campaign as befits a deliberative, democratic society that is serious about its future and its children. 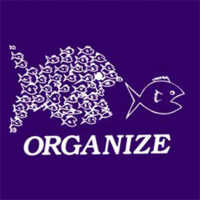 First, however, the press, TV, and radio have to reduce their endless appetite for focusing on political gossip, tactics, and who has raised more money.

And, the media have to have a higher estimate of their own significance. What say you, publishers, editors, and reporters? It’s your country too!

Please Donate a dollar or two…  (or more!)
to help keep our resources online.
writingresource.blogspot.com/p/please-donate-to-keep-these-resources.html