Boycott, Divest and Sanction Israel until the land grabs and murders end

Until Israel chooses to stop killing innocents, end the occupations, and observe the rule of law, we must Boycott Israeli products and  companies, Divest(target Israeli corporations), and Impose Sanctions to deprive Israel of billions in American funding they misuse to commit war crimes. 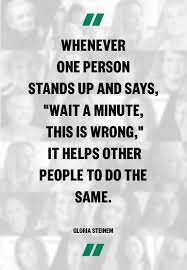 The global movement for a campaign of Boycott, Divestment and Sanctions (BDS) against Israel, until it complies with international law and Palestinian rights, was initiated by Palestinian civil society in 2005, and is coordinated by the Palestinian BDS National Committee (BNC), established in 2007.

BDS is a strategy that allows people of conscience to play an effective role in the Palestinian struggle for justice.

For decades, Israel has denied Palestinians their fundamental rights of freedom, equality and self-determination through ethnic cleansing, colonization, racial discrimination and military occupation. Despite abundant condemnation of Israeli policies by the UN, other international bodies, and preeminent human rights organisations, the world community has failed to hold Israel accountable and enforce compliance with basic principles of law.  Israel’s crimes have continued with impunity.

In view of this continued failure, Palestinian civil society called for a global citizens’ response. On July 9 2005, a year after the International Court of Justice’s historic advisory opinion on the illegality of Israel’s Wall in the Occupied Palestinian Territories (OPT), a clear majority of Palestinian civil society called upon their counterparts and people of conscience all over the world to launch broad boycotts, implement divestment initiatives, and to demand sanctions against Israel, until Palestinian rights are recognised in full compliance with international law.

The campaign for boycotts, divestment and sanctions (BDS) is shaped by a rights-based approach and highlights the three broad sections of the Palestinian people: the refugees, those under military occupation in the West Bank and Gaza Strip, and Palestinians in Israel. The call urges various
forms of boycott against Israel until it meets its obligations under international law by:

(Israeli and international) that profit from the violation of Palestinian rights, as well as Israeli sporting, cultural and academic institutions. Anyone can boycott Israeli goods, simply by making sure that they don’t buy produce made in Israel or by Israeli companies.  Campaigners and groups call on consumers not to buy Israeli goods and on businesses not to buy or sell them.

Israeli cultural and academic institutions directly contribute to maintaining, defending or whitewashing the oppression of Palestinians, as Israel deliberately tries to boost its image internationally through academic and cultural collaborations. As part of the boycott, academics, artists and consumers are campaigning against such collaboration and ‘rebranding’.  A growing number of artists have refused to exhibit or play in Israel. 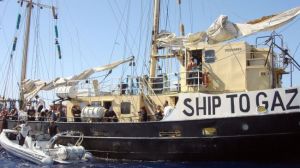 Divestment means targeting corporations complicit in the violation of Palestinian rights and ensuring that the likes of university investment portfolios and pension funds are not used to finance such companies. These efforts raise awareness about the reality of Israel’s policies and encourage companies to use their economic influence to pressure Israel to end its systematic denial of Palestinian rights.

Sanctions are an essential part of demonstrating disapproval for a country’s actions. Israel’s membership of various diplomatic and economic forums provides both an unmerited veneer of respectability and material support for its crimes.

By calling for sanctions against Israel, campaigners educate society about violations of international law and seek to end the complicity of other nations in these violations.

Individual consumers can show their opposition to Israel’s violations by participating in a consumer boycott of Israeli companies, goods and services or of international companies involved in Israeli policies violating Palestinian human rights and international law. A consumer boycott works in two ways: firstly by generating public awareness about Israeli apartheid and occupation as well as international support for it and secondly by applying economic pressure for change.

It differs from country to country, but the most common Israeli exports include:

There are many international companies complicit in Israeli violations of international law. Examples include HP, Caterpillar, Volvo, Hyundai, among many 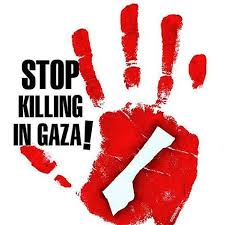 Trying to boycott the products of every single company that participates in Israeli apartheid is a daunting task that has a slim change of having a concrete impact.

It makes more sense to focus on optimal targets that are being targeted as part of national or international campaigns. Consumer boycotts are most effective when part of a broader campaign against a particular product or aiming to pressure a retailer to stop selling a particular Israeli product. 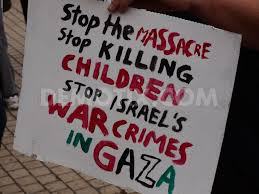 Get in contact with a BDS organisation  in your area to find out what companies and products are being targeted and how to support local campaigns.

If no such organization exists, start your own campaign, in coordination with well-recognized BDS organizations.

While boycott is an individual act, it becomes much more powerful if it is promoted collectively and finds strong support in organisations, movements and communities willing to promote the boycott and forces retailers to stop selling particular Israeli products.

Across the world, supporters of Palestinian rights are advocating a boycotts adopting a number of diverse actions: Pickets of retailers, letter-writing campaigns, pressure from civil society organisations such as NGOs, faith groups and trade unions.  Popular pressure has forced retailers to stop selling Israeli produce and produce from illegal settlements in particular.

The consumer boycott is beginning to bite, too a fifth of Israeli exporters reported a drop in demand as a result of the boycott in the wake of the Gaza massacre.