Unarmed Mike Brown is Gunned Down

Tiffany Mitchell told CNN’s
Don Lemon that she pulled
into the Ferguson, Mo.,
parking lot and saw
the shooting.

~When a cop shoots an UNARMED kid, this is contrary to training: 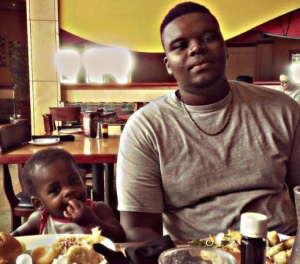 The officer is supposed to use his fists, a billy club, a taser, or
non-lethal means including
calling for backup.

But the officer in Ferguson,
Missouri lost his temper, pulled
his gun and started shooting.

An unarmed 18 year old kid
was left dead on the street. 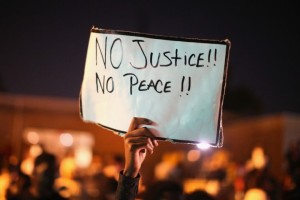 Ferguson, Mo.,
teen Michael Brown
has come forward.
She saw Brown and
the officer scuffling and witnessed the fatal
shots that left the
18-year-old dead.

According to Tiffany Mitchell, who spoke to Don Lemon on CNN Tonight, Brown was trying to pull away from the officer, and then the officer was
pulling him into the car when a shot was fired from inside the car. Mitchell said that she saw Brown break free and start running and that “the kid’s 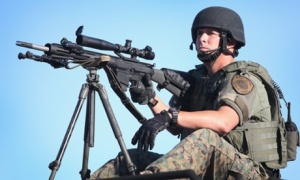 body jerked as if he
was hit from behind
and he turned around
and he puts his hands
up like this, and the cop continued to fire, until he
just dropped down to the ground and his face
smacked the concrete.”
She told Lemon that she heard at least five or six shots.
Mitchell’s account comes days after a friend of Brown’s
who also witnessed the shooting said the police officer is “guilty of murder.”

Mitchell’s account of the events is very close to that of Brown’s friend.
We have at least five witnesses who call it murder.

~And thanks to over-aggressive Ferguson cops
(this hasn’t changed 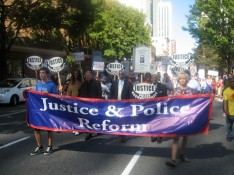 we have chaos, anger and
resentment, and the governor
has to call in cooler heads from
the highway patrol to remove
unprofessional officers from the street .

Hopefully we can arrest the rogue cop,
arrest the looters and get back to living
our lives while the courts decide what
sort of Justice we get.   But more likely
this officer will serve out his paid vacation
and be back on the street. tmf.