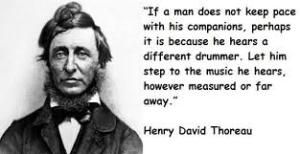 The war had barely begun, the summer of 1846, when a writer, Henry David Thoreau, who lived in Concord, Massachusetts, refused to pay his Massachusetts poll tax, denouncing the Mexican war. He was put in jail and spent one night there. His friends, without his consent, paid his tax, and he was released. Two years later, he gave a lecture, “Resistance to Civil Government,” which was then printed as an essay, “Civil Disobedience”: 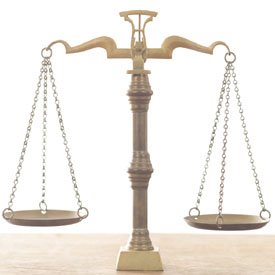 It is not desirable to cultivate a respect for the law, so much as for the right. …Law never made men a whit more just; and, by means of their respect for it, even the well-disposed are daily made the agents of injustice. A common and natural result of an undue respect for law is, that you may see a file of soldiers marching in admirable order over hill and dale to the wars, against their wills, ay, against their common sense and consciences, which makes it very steep marching indeed, and produces a palpitation of the heart.

…As the war went on, opposition grew. The American Peace Society printed a newspaper, the Advocate of Peace, which published poems, speeches, petitions, sermons against the war, and eyewitness accounts of the degradation of army life and the horrors of battle. The abolitionists, speaking through William Lloyd Garrison’s Liberator, denounced the war as one “of aggression, of invasion, of conquest, and rapine-marked by ruffianism, perfidy, and every other feature of national depravity …” Considering the strenuous efforts of the nation’s leaders to build patriotic support, the amount of open dissent and criticism was remarkable. Antiwar meetings took place in spite of attacks by patriotic mobs.

As the army moved closer to Mexico City, The Liberator daringly declared its wishes for the defeat of the American forces: “Every lover of Freedom and humanity, throughout the world, must wish them [the Mexicans]

the most triumphant success.. .. We only hope that, if blood has had to flow, that it has been that of the Americans, and that the next news we shall hear will be that General Scott and his army are in the hands of the Mexicans. . . , We wish him and his troops no bodily harm, but the most utter defeat and disgrace.”

Frederick Douglass, former slave, extraordinary speaker and writer, wrote in his Rochester newspaper the North Star, January 21, 1848, of “the present disgraceful, cruel, and iniquitous war with our sister republic. Mexico seems a doomed victim to Anglo Saxon cupidity and love of dominion.” Douglass was scornful of the unwillingness of opponents of the war to take real action (even the abolitionists kept paying their taxes):

The determination of our slaveholding President to prosecute the war, and the probability of his success in wringing from the people men and money to carry it on, is made evident, rather than doubtful, by the puny opposition arrayed against him. No politician of any considerable distinction or eminence seems willing to hazard his popularity with his party … by an open and unqualified disapprobation of the war. None seem willing to take their stand for peace at all risks; and all seem willing that the war should be carried on, in some form or other. 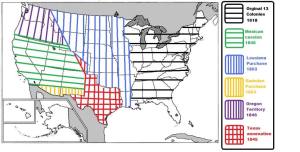 …Mexico surrendered. There were calls among Americans to take all of Mexico. The Treaty of Guadalupe Hidalgo, signed February 1848, just took half. The Texas boundary was set at the Rio Grande; New Mexico and California were ceded. The United States paid Mexico $15 million, which led the Whig Intelligencer to conclude that “we take nothing by conquest…. Thank God.”

We Take Nothing by Conquest, Thank God

Colonel Ethan Alien Hitchcock, a professional soldier,
graduate of the Military Academy, commander of the 3rd Infantry Regiment, a reader of Shakespeare, Chaucer,
Hegel, Spinoza, wrote in his diary:
“I have scarcely slept a wink, thinking of the needful preparations. I am now noting at reveille by candlelight and waiting the signal for muster.. . . Violence leads to violence, and if this movement of ours does not lead to others and to bloodshed, I am much mistaken.”