Is Obama In Danger?

As long as he keeps starting and nurturing wars of choice,

Barack Obama and his family will continue to be safe and protected.  If he shut down 27 plus wars of choice…  he and his family become fair game for the mean right wing spin machine.

The profiteers and cons he has surrendered to (and so well-served) would be quick to string him up. So our demonstrable war criminal of a president takes the path of least resistance and most comfort. He lets the CIA and the Pentagon call the shots. (even when they are shooting at one another)

What is a few trillion dollars and a few million lives against the
safety and security of his family?

Didn’t our Founding Fathers warn us about this sort of predicament? 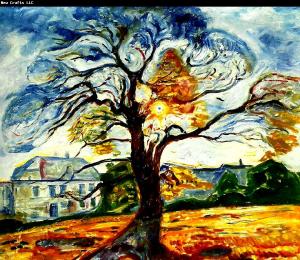 “The means of defense against foreign danger, have been always the instruments of tyranny at home.”
― James Madison

“The truth is that all men having power ought to be mistrusted.”
― James Madison

“The accumulation of all powers, legislative, executive, and judiciary, in the same hands, whether of one, a few, or many, and whether hereditary, self-appointed, or elective, may justly be pronounced the very definition of tyranny.”
― James Madison, Federalist Papers

“History records that the money changers have used every form of abuse, intrigue, deceit, and violent means possible to maintain their control over governments by controlling money and it’s issuance.”
― James Madison

“No nation could preserve its freedom in the midst of continual warfare.”
― James Madison

“Democracy is the most vile form of government.”
― James Madison
“Religious bondage shackles and debilitates the mind and unfits it for every noble enterprise…  During almost fifteen centuries has the legal
establishment of Christianity been on trial. What have been its fruits?
More or less, in all places, pride and indolence in the clergy; ignorance and servility in laity; in both, superstition, bigotry, and persecution.”
― James Madison, A Memorial and Remonstrance, on the Religious Rights of Man: Written in 1784-85

“…But besides the danger of a direct mixture of Religion & civil Government, there is an evil which ought to be guarded against in the indefinite accumulation of property from the capacity of holding it in perpetuity by ecclesiastical corporations.”

“Of all the enemies to public liberty, war is perhaps the most to be dreaded, because it comprises and develops the germ of every other. War is the parent of armies; from these proceed debts and taxes.  And armies debts and taxes are the known instruments for bringing the many under the domination of the few.” 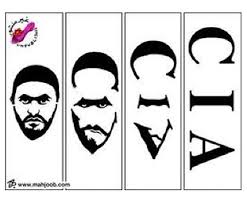 “But when a long train of abuses and usurpations, pursuing invariably the same Object evinces a design to
reduce them under absolute Despotism, it is their right, it is their duty, to throw off such Government, and to provide new guards for their future security —”
― James Madison,
The Constitution of the United States

“Americans have the right and advantage of being armed – unlike the citizens of other countries whose governments are afraid to trust the people with arms.”
―James M. Madison

“The strongest reason for people to retain the right to keep and bear arms is, as a last resort, to protect themselves against tyranny
in government.”
— (Thomas Jefferson)

“In no instance have the churches been guardians of the liberties of the people.”
― James Madison