No fear, no compromise and no surrender 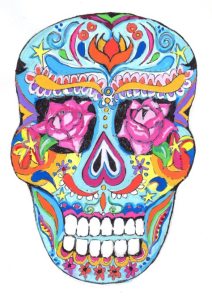 Too often general ambivalence prevails. Not raising the minimum wage closer to $30 an hour is a mistake.  20 is almost an adequate adjustment.  And for as much good as it will do after surrendering ground, $15/hour is a an improvement over the current dysfunctional law.

2. Raising the minimum wage to $15 an hour would inject about $450 billion into the economy each year, giving more purchasing power to millions of poor and lower-middle-class Americans, stimulating buying, production and hiring.

3. Studies by the Economic Policy Institute show that a $15 minimum wage would directly affect 51 million workers and indirectly benefit an additional 30 million. 81 million people, or about 64 percent of the workforce, and their families who would be
more able to buy cars, clothing and food from our nation’s businesses.

4. Economists David Card and Alan Krueger
contend that, contrary to conventional economic
orthodoxy, increases in the minimum wage increase employment. In 60 percent of the states that raised the minimum wage during periods of high unemployment, job growth was faster than the national average.

5. The current $7.25 minimum wage forces taxpayers to subsidize Wal-Mart Stores Inc. and other large employers, effectively socializing their labor costs. This is great for Wal-Mart and its shareholders, but terrible for America. It is both unjust and inefficient.

6. An objection to a significant wage increase is that it would force employers to shed workers. Yet the evidence points the other way: Workers earn more and spend more, increasing demand and helping businesses grow.

“No fear, no compromise and no surrender”

President Roosevelt expressed a similar sentiment in a “fireside chat” the night before the signing. (of the minimum wage) He warned: 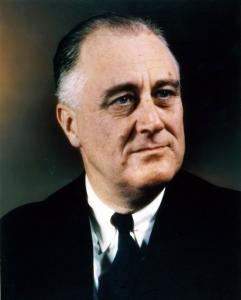 “Do not let any calamity-howling executive with an income of $1,000 a day, …tell you… that a wage of $11 a week is going to have a disastrous effect on all American industry.”

In light of the social legislation of 1978, Americans today may be astonished that a law with such moderate standards could have been thought so revolutionary.

“And if the minimum wage had simply tracked productivity gains since 1968, it would be $21.72 an hour — three times what it is now…”

It is long past time to raise wages…!

When the minimum wage is below the poverty level, people ARE forced to take low-paying jobs. These ARE NOT “entry-level” positions.

People receiving minimum wages are more often than not supporting families and barely surviving. These starvation wages have nothing to do with “new-workers.”

They are about starving the poor to provide corporate welfare.

One comment on “No fear, no compromise and no surrender”