Logic will get you from A to B. Imagination will take you everywhere.

“Contrariwise,’ continued Tweedledee, ‘ if it was so, it might be; and if it were so, it would be; but as it isn’t, it ain’t. That’s logic.”
― Lewis Carroll,
Alice’s Adventures in Wonderland & Through the Looking-Glass

“All opinions are not equal. Some are a very great deal more robust, sophisticated and well-supported in logic and argument than others.”
― Douglas Adams, The Salmon of Doubt

“It turned out I was pretty good in science. But again, because of the small budget, in science class we couldn’t afford to do experiments in order to prove theories. We just believed everything. Actually, I think that class was called Religion. Religion class was always an easy class. All you had to do was suspend the logic and reasoning you were being taught in all the other classes.”

formal logic, the abstract study of propositions, statements, or assertively used sentences and of deductive arguments. The discipline abstracts from the content of these elements the structures or logical forms that they embody. The logician customarily uses a symbolic notation to express such structures clearly and unambiguously and to enable manipulations and tests of validity to be more easily applied. Although the following discussion freely employs the technical notation of modern symbolic logic, its symbols are introduced gradually and with accompanying explanations so that the serious and attentive general reader should be able to follow the development of ideas.

Formal logic is an a priori, and not an empirical, study. In this respect it contrasts with the natural sciences and with all other disciplines that depend on observation for their data. Its nearest analogy is to pure mathematics; indeed, many logicians and pure mathematicians would regard their respective subjects as indistinguishable, or as merely two stages of the same unified discipline. Formal logic, therefore, is not to be confused with the empirical study of the processes of reasoning, which belongs to psychology. It must also be distinguished from the art of correct reasoning, which is the practical skill of applying logical principles to particular cases; and, even more sharply, it must be distinguished from the art of persuasion, in which invalid arguments are sometimes more effective than valid ones.

linguistics, the scientific study of language. The word was first used in the middle of the 19th century to emphasize the difference between a newer approach to the study of language that was then developing and the more traditional approach of philology. The differences were and are largely matters of attitude, emphasis, and purpose. The philologist is concerned primarily with the historical development of languages as it is manifest in written texts and in the context of the associated literature and culture. The linguist, though he may be interested in written texts and in the development of languages through time, tends to give priority to spoken languages and to the problems of analyzing them as they operate at a given point in time. 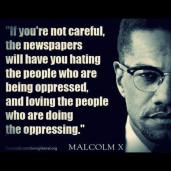 Linguistic speculation and investigation, insofar as is known, has gone on in only a small number of societies. To the extent that Mesopotamian, Chinese, and Arabic learning dealt with grammar, their treatments were so enmeshed in the particularities of those languages and so little known to the European world until recently that they have had virtually no

impact on Western linguistic tradition. Chinese linguistic and philological scholarship stretches back for more than two millennia, but the interest of those scholars was concentrated largely on phonetics, writing, and lexicography; their consideration of grammatical problems was bound up closely with the study of logic.

epistemology, the study of the nature, origin, and limits of human knowledge. The term is derived from the Greek epistēmē (“knowledge”) and logos (“reason”), and accordingly the field is sometimes referred to as the theory of knowledge. Epistemology has a long history, beginning with the ancient Greeks and continuing to the present. Along with metaphysics, logic, and ethics, it is one of the four main branches of philosophy, and nearly every great philosopher has contributed to it.

The nature of epistemology /

Epistemology as a discipline