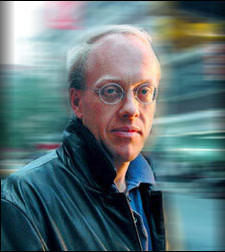 I intend to devote no more time to the upcoming presidential elections than walking to my local polling station on Election Day, voting for a third-party candidate, most likely the Green Party candidate, and going home. Any further energy invested in these elections, including championing Bernie Sanders’ ill-advised decision to validate the Democratic Party by becoming one of its presidential candidates, is a waste of time.

Every action we take now must be directed at ripping down the structures of the corporate state. This means refusing to co-operate. It means joining or building radical mass movements. It means carrying out sustained acts of civil disobedience, as Kayactivists are doing in Seattle and fishing communities such as Kodiak, Cordova and Homer, as well as a dozen indigenous tribes, are doing in Alaska, to physically halt fracking, drilling for oil and natural gas or U.S. Navy training exercises in the pristine waters of the Arctic. 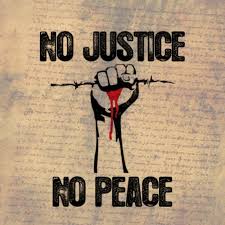 It means striking for a $15 minimum wage. It means blocking city streets to demand an end to the indiscriminate use of lethal force by militarized police, especially against poor people of color. It means, in large and small ways, acts of open rebellion. It means always having as the primary objective the disrupting and overthrowing of corporate power. It means not playing the game.

The corporate state seeks to get us to participate in the political charade of choreographed elections. It seeks to make us play by its rules. Our corporate media, flush with the dollars from political advertising, fills the airwaves with the ridiculous and the trivial. Candidates, pollsters, political strategists, pundits and celebrity journalists provide endless loops of banal and absurd “political” chatter, all of it a grotesque form of anti-politics. We will be bombarded with this propaganda, largely centered on the manufactured personalities of candidates, for many months. Tune it out. It means nothing. 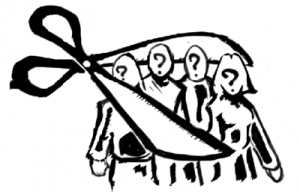 The voices of those who matter will not be heard in these elections. The marginalized and poor in our internal colonies, the 2.3 million people in our prisons and their families, the Muslims we persecute here and in the Middle East, and the suffering of the working poor are airbrushed out of the discussion. In this Potemkin America there is only a middle class. Our liberties, including our right to privacy, along with the consent of the governed—all of which have been taken from us—are held up in this electioneering farce as sacred and inviolate. We are assured that we live in a functioning democracy. We are promised that our voice will count. And even Sanders will tell you no different. If he stepped forward and spoke the truth, especially about the Democratic Party, he would be banned from the debates, vilified and crushed by the Democratic establishment, stripped of his Senate committee chairmanships and tossed into the political wilderness to which Ralph Nader has been exiled. Sanders, unfortunately, lacks Nader’s moral fortitude. He will, when it is all done, push his followers into the vampire-like embrace of Hillary Clinton. He is a Pied Piper leading a line of children or rats—take you 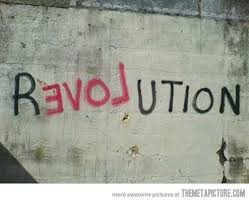 Political theater works because many in America have been systematically indoctrinated and severed from reality. Our corporate masters have built a mass culture centered on the cult of the self, unchecked hedonism and spectacle. Neoliberal ideology infects every institution and belief system. Those who suffer deserve to suffer. Victims are responsible for their victimhood. We can all achieve wealth and prosperity with hard work. This mantra permits us to be cruel and heartless to the weak and the vulnerable, especially the poor as well as women and children, whom we discard as human refuse. Our warped neoliberal vision is defined as progress.