A Message from Martin

I was listening to the Rev. Dr. Martin Luther King Jr. I was in the dining room, facing towards the backyard, the hills, bottoms lands and river beyond. I was 12. This was a live  broadcast of the “I have a dream” speech during the March for Jobs and Freedom.

When hearing this brave young man’s voice resounding across crowds that had gathered, I felt like he had told the world hard truths about my most most private thoughts, dreams and desires. I was filled with incommensurable joy.

The Rev. Dr. Martin Luther (Mike) King’s vision was my light in August.

“The whirlwinds of revolt will continue to shake the foundations of our nation until the bright day of justice emerges.” 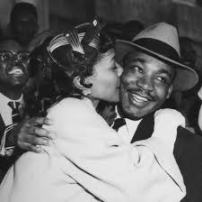 “We cannot walk alone.  And as we walk, we must make the pledge that we shall march ahead. We cannot turn back.”

When the speech was over it felt like a burden had been lifted.

Five years later, we heard Martin talk about dying, during a sermon he gave at Ebenezer Baptist Church. Sunday, February 4, 1968:  (the bold words in italics and parentheses are the congregation’s response)

“If any of you are around when I have to meet my day,

I don’t want a long funeral.  And if you get somebody
to deliver the eulogy, tell them not to talk too long. (Yes)

I’d like somebody to mention that day that Martin Luther King, Jr.,
tried to give his life serving others. (Yes)

I’d like for somebody to say that day that Martin Luther King, Jr., tried to love somebody.

I want you to say that day that I tried to be right on the war question.
(Amen)

I want you to be able to say that day
that I did try to feed the hungry.
(Yes)

And I want you to be able to say
that day that I did try in my life to
clothe those who were naked. (Yes)

I want you to say on that day that I did try in my life
to visit those who were in prison. (Lord)

I want you to say that I tried to love and serve humanity. (Yes)

I won’t have any money 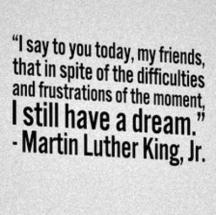 But I just want to leave
a committed life behind. (Amen)

And that’s all I want to say.

So, with the John Kennedy assassination behind us, on the same day when Neal Cassady died, while the Beatles released John Lennon’s
“Across the Universe…”

Martin reminded us about what counts and why it matters.

...some sources and resources:

‘Across the Universe.’ Two Beatles fans were invited
in off the street to sing background harmonies on the
track.  They were 16-year-old Lizzie Bravo and
17-year-old Gayleen Pease.

They were so excited. They couldn’t believe they’d actually been invited by Paul not just inside the building but into the studio itself, to sing with The Beatles.

For Email Marketing you can trust