Bernie not good for workers, peace or progress.

Bernie is not good for workers:

LIKE MANY leftists before him, the Democratic Party has co-opted and changed Bernie Sanders, using him to help hinder the development of a genuine alternative to the capitalist parties.

His campaign for the Democratic presidential nomination was, at best, a re-run of Jesse Jackson’s primary runs in 1984 and 1988. Jackson’s campaigns galvanized an entire section of the left, channeled it toward the Democratic Party and directed its remnants to vote for a succession of corporate candidates like Walter Mondale and Michael Dukakis. 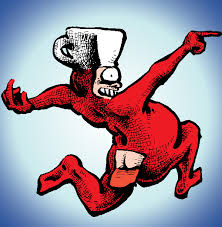 Based on his experience as Dennis Kucinich’s former press secretary, David Swanson has drawn the conclusion that the left should not support Sanders.
“The best place to put our resources is into uncorrupted, principle, policy-driven, nonviolent, creative activism–including activism needed to create fair, open, verifiable elections,” Swanson wrote.

Bernie is not good for peace:

“In a statement to the Washington Post Saturday, Vermont Senator Bernie Sanders declared his support for the Obama administration’s current policy of bombing Islamic State of Iraq and Syria (ISIS).

…In directly aligning himself with the foreign policy of the Obama White House in the Middle East, Sanders underscored that he is not running as an “antiwar” candidate or offering any alternative to the policy of increasing military aggression by American imperialism around the world.

…Until recently, Sanders had not commented on any foreign policy question, confining his campaign entirely to domestic issues, particularly the growth of economic inequality.

…Sanders supports a continuation of the policy of unrestricted assassination of individuals targeted by the White House for extermination.

Bernie is not good for progress:

Although Sanders may have once been a socialist back in the 80s when he was Mayor of Burlington, he is not a socialist today.  Rather he is a techno-fascist disguised as a liberal, who backs all of Obama and Trump’s nasty wars in Afghanistan, Iraq, Libya, Pakistan, Somalia, Yemen and 21 other nations who did not attack us.

He “supports the troops” by favoring all military spending bills, even when they hurt everyday people. He stands behind all military contractors who bring jobs to Vermont. That’s his job as a senator, but it does not make him a socialist. (He ran as a Democrat and endorsed the Bush-Obama agenda of military aggression abroad, war-profiteering at home, crippled infrastructure and reductions in civil-rights.) 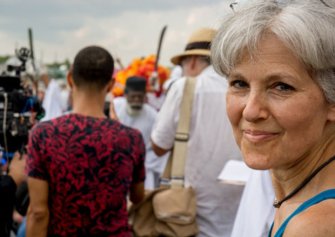 But we had someone running who is pro-worker. Dr. Jill Stein endorses peace and progress. 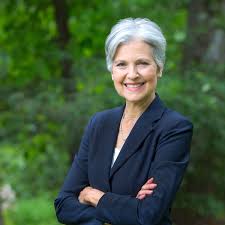 And this 100 million plus coalition deserves a candidate as brilliant and spot on as Jill Stein!

If you are tired of wage theft, slave labor and working poverty… abandon the corporate cons and war-profiteers who have brought us twenty seven unnecessary wars, joblessness, and recession while sacrificing the peace to please munitions contractors.

It is time to stand firm.

Some People who support Jill Stein… 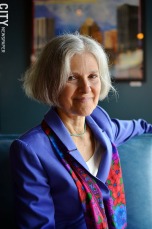 “Hold fast to dreams,
For if dreams die
Life is a broken-winged bird,
That cannot fly.”
― Langston Hughes

And thanks for all you do…

3 comments on “Bernie not good for workers, peace or progress.”