Capital Punishment
Civilized nations have abandoned state murder.
Hopefully the United States will join the ranks
of the civilized nations of the world.
Death Penalty – Two little words that mean
the legal act of committing murder.

The only time
killing is “justified”
is as a last resort
in direct self-defense.
https://sites.google.com/site/judicialhomicide/
.

Please Click here Funding this Resource to keep us online…

More on the Death Penalty, Judicial Homicide, and Killing both Innocent and Guilty Prisoners… 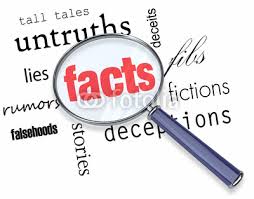 according to the threat
presented by an enemy
combatant. Killing an
enemy in combat may
be “justified” on a similar
basis as for killing in
self-defense outside of war.
A prisoner no longer presents a
threat used to justify killing in war.
Killing prisoners is murder, pure and simple.
It is immoral.  It was Hitler’s most heinous crime. 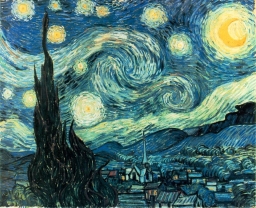 According to the Geneva Convention,
prisoners of war who have surrendered
cannot be tortured, plundered or killed.
The murder of defenseless prisoners
is rightly considered
to be a war crime.

What some have said about judicial homicide:

“Since I was a law student, I have
been against the death penalty.
It does not deter. 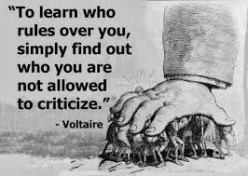 It is severely discriminatory
against minorities, especially
since they’re given no competent
legal counsel defense in many cases.
It’s a system that has to be perfect.
You cannot execute one innocent
person. No system is perfect.
And to top it off, for those of you
who are interested in economics,
it costs more to pursue a capital
case toward execution than it
does to have full life imprisonment
without parole.”
Ralph Nader   Meet the Press interview, Jun. 25, 2000

We need to kill the death penalty, not people.

Here are 10 reasons why, any one of which
could be enough.

1) Democracy.
The death penalty is totalitarian.
I don’t want anyone killed

in my name, in our name. When the government prosecutes, convicts, sentences, and executes defendants, we the people are the plaintiff. Rabbi Abraham Joshua Heschel famously said that in a democracy, not all are at fault, but everyone is responsible. The current system enforces that we citizens are co-responsible for our fellow citizens’ state-sanctioned murder, which is more akin to fascism than democracy.
I dissent.
.

2) Barbarism.
The death penalty is barbaric and an antiquated, regressive, “cruel and unusual” punishment. With all of our advances in the sciences, sociology, psychology, education, technology, and so on, we should have more socially-effective, non-lethal, civilized techniques to punish (and rehabilitate) criminals, while protecting the rest of society. Professor Austin Sarat estimates that “executions by lethal injection are botched at a higher rate than any of the other methods employed
since the late 19th century, 7 percent.”
.

3) Cost.
The death penalty is quite expensive and life imprisonment can be cheaper. Over the lifetime of a case, executing prisoners can be three times as expensive as life in prison,
primarily due to the higher costs of capital punishment trials, automatic appeals, and the heightened security on death row with lower staff-to-prisoner ratios. Commuting
all death sentences to life in prison would save hundreds of millions of dollars per year in the U.S. and many billions over the coming decades.

.
6) Civilization.
The death penalty is uncivilized. Civilized countries have banned the death penalty as have 18 U.S. states, while the governments that maintain the death penalty are typically more corrupt and dictatorial ones (e.g., China, North Korea, Saudi Arabia, Iran, Iraq, Yemen; in the U.S., Texas leads
in applying the death penalty by far, accounting for over 1/3 of U.S. executions). The U.S., as the only remaining Western country to regularly
administer the death penalty, is in very bad company and the world knows it, even if many Americans don’t, which decreases the legitimacy of the U.S. on human rights issues. 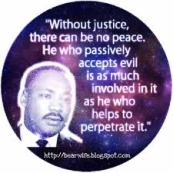 .
7) Innocence.
Innocent people are on death row and innocent people have been put to death. These are irreversible tragedies. A recent study concludes
that 4% of people on death row in America are not
guilty. Since 1973, 144 prisoners on death row have
been found to be innocent of the crimes for which
they were convicted. The Death Penalty Information Centre strongly suspects that ten prisoners who were put to death were wrongly accused and killed.
.

The death penalty is racist and has been applied in
racially-discriminatory ways. African American men are disproportionately sentenced to death. Prosecutors, juries, and judges are much more likely to apply the death penalty when the victim
is white and the defendant is black.

Race is a “potent influence” at every step in the criminal (in) justice system,
including search, arrest, indictment, trial, conviction, sentence, and execution.

.
9) Humanity.
The death penalty is inhumane. Killing people makes us like the murderers who most of us so despise. It is not only about what capital punishment does to those killed, but also what it does to those who do the killing and those in whose name the killing is done. It’s bad enough that we are victimized
by crime in our society; we don’t need to be further victimized by by becoming perpetrators and enacting the death penalty and then
living with the unfortunate consequences.

Dan Brook, Ph.D., is a freelance instructor of sociology and political science, maintains Eco-Eating at www.brook.com/veg, and can be contacted via brook@brook.com.

How many western industrialized nations in the world today kill prisoners, murder citizens, put children to death, and exterminate the mentally-ill?

This Only Happens in America…
Let’s change this shameful state of affairs.

Too many innocents have died, click here for an update on recent events! Visit the Innocence Project   http://www.innocenceproject.org/index.php

Scroll Down for Links to related siites

2 comments on “The Death Penalty”