“It was hardly unusual for even the most extremist right-wing Republicans to praise Obama’s foreign policy.

GOP Congressman Peter King has repeatedly done just that, hailing Obama’s use of drones, assassination of a U.S. citizen with no due process,  upholding of indefinite detention powers and the truncating of Miranda rights in terrorism cases.

GOP Senator Lindsey Graham — who has advocated bombing almost more Muslim countries in the last decade than he has fingers — said that he prefers Obama’s foreign policy over Rand Paul’s. A bipartisan coalition of Congressional outsiders tried in late 2013 to defund the NSA domestic spying program and almost succeeded, but the union of the parties’ establishments — the Obama White House, John Boehner and Nancy Pelosi — whipped just enough votes to protect the program.

The cause of NSA mass surveillance has been particularly embraced by many Democrats because it was Obama doing it (as I’ve said before, if Edward Snowden had leaked this information when a Republican was in the Oval Office, there would be a massive statue erected of him outside of the MSNBC studios, where he is now often vilified). And Jeb Bush (in contrast to Rand Paul, who vowed to end NSA spying “on Day One”) has declared himself fully in support of that cause, hailing Obama for expanding these capabilities.”

read more about our betrayal

Yes Virginia, Obama and the Democrats Are Mussolini-Style Corporatists, Just Like the Republicans 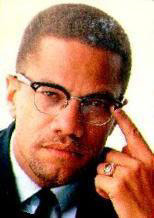 “Obamacare IS corporatist. Here we have the industries that are significant contributors to why the American medical system is so overpriced – the health insurers and Big Pharma – actually playing a major role in writing the legislation. And how is it not a sop to large companies to have the government require that citizens buy your product or else pay large tax penalties?”

“And the idea that the Republicans are somehow trying to steal the populist mantle from its presumed rightful owners, the Democrats, is more than a tad peculiar given that income inequality has widened more under Obama than in the Bush Administration“

here is the rest of the story: http://www.truth-out.org/opinion/item/20817-yes-virginia-obama-and-the-democrats-are-mussolini-style-corporatists-just-like-the-republicans