Professor Suspended for Saying there is One God

It was her theology—not her hijab—that got her in trouble with the evangelical college.

Picture by Charles Rex Arbogast / AP  Article by Ruth Graham
Do Muslims and Christians worship the same God? It’s a question that has bedeviled theologians and everyday believers for centuries. And this week it may have cost a tenured professor her job.

Larycia Hawkins, an associate professor of political science at Wheaton College, was placed on administrative leave on Tuesday after suggesting that believers in the two faiths do indeed follow the same God. Hawkins has also been wearing a hijab—the headscarf worn by many Muslim women—as a gesture of what she calls “embodied solidarity” with Muslims this month. She pledged to wear it throughout the Advent season, including while she teaches at the Illinois liberal-arts college, and while flying to her home state of Oklahoma, which in 2010 passed a constitutional amendment banning its courts from considering Islamic Sharia law in decisions.

In a statement posted to Facebook on December 10, Hawkins explained the gesture this way:

I don’t love my Muslim neighbor because s/he is American.

I love my Muslim neighbor because s/he deserves love by virtue of her/his human dignity.

I stand in human solidarity with my Muslim neighbor because we are formed of the same primordial clay, descendants of the same cradle of humankind–a cave in Sterkfontein, South Africa that I had the privilege to descend into to plumb the depths of our common humanity in 2014.

I stand in religious solidarity with Muslims because they, like me, a Christian, are people of the book. And as Pope Francis stated last week, we worship the same God. 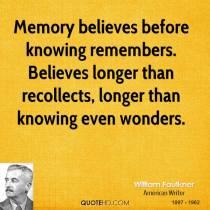 It’s that last bit that Wheaton apparently objected to. In a brief statement issued Tuesday, the college said Hawkins had been placed on leave “in response to significant questions regarding the theological implications of statements that [Hawkins] has made about the relationship of Christianity to Islam.” In a longer follow-up the next day, the college clarified that Hawkins’s views, “including that Muslims and Christians worship the same God,” seem to conflict with the school’s Statement of Faith, which all faculty must sign annually. The word “including” in that sentence gently raises the possibility there is more to this story that has not been made public. Hawkins will be on paid leave through the end of the spring semester. (A spokesperson for Wheaton did not reply to a request for comment sent yesterday afternoon.)

There has been plenty of misleading, and even flat-out false, coverage of Hawkins’s suspension; headlines like “A Christian College Placed a Professor on Leave for Wearing a Hijab” are apparently too clickable to resist. But although the statements of Wheaton’s administration have not been particularly warm to Hawkins’s experiment, it has not publicly expressed any objection to it. The school’s expanded statement confirmed her right as a faculty member to wear the head scarf “as a gesture of care and compassion,” and clarified that her suspension “is in no way related to her race, gender or commitment to wear a hijab during Advent.” Hawkins is the first African-American woman to become a tenured professor at Wheaton.

… Hawkins, whose research focuses on the black church and public policy, seems aware that she was stepping into a minefield of cultural appropriation. She wrote that she approached the Council on American Islamic Relations for input, asking whether a non-Muslim wearing the hijab was patronizing, offensive, or forbidden. CAIR-Chicago apparently gave her the go-ahead. Slate asked some Muslim women who wear the hijab what they thought of Hawkins’s gesture, and found responses both wary and welcoming. And some progressive Christians found it uncomfortable…

…Wheaton’s official objection is Hawkins’s conflation of the gods of Christianity and Islam. One level, it is a question of semantics: If there is omnipotent, omnipresent, and omniscient God, he can at least hear the prayers of everyone on earth, even if they are misdirected. Still, the question is an important one for many believers, because it is related to the question of whether all faiths are equal paths to God.

The phrase “people of the book,” which Hawkins deployed in her statement, is used in the Koran to describe Christians, Jews, and Muslims, who are all said to worship the Abrahamic God. But this is still a matter of significant disagreement among Christians, with many conservative believers resistant to the idea that followers of other religions are pointing their prayers at the God of the Bible. In 2008, Wheaton’s then-president and two other administrators removed their signatures from a letter of solidarity with Muslim leaders, on the grounds that it came too close to suggesting Christians and Muslims worship the same God.

When it comes to academic freedom, religiously affiliated colleges occupy a space of perpetual tension. Those which are serious academic institutions—and Wheaton is one—want to nurture scholarship and free inquiry just like any other college does. 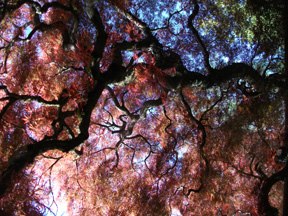 But they also want to cultivate a community oriented around one particular world-view, and everyone who studies and works there understands that. What that looks like in practice can be a source of discord within that community, and at times like this, a source of bafflement and mockery to outsiders. Within the past decade, Wheaton has dismissed a professor who converted to Catholicism, and another for declining to discuss his divorce. The school’s particular strain of evangelicalism is not for everyone—it does not even please all of its students and alumni—but it is also not a secret… 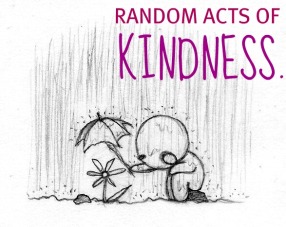 n to suspend Hawkins. Some female protesters wore hijabs in solidarity; other women had already posted photos of themselves in the comments of Hawkins’s Facebook posts. Other students and alumni started a petition to reinstate “Doc Hawk.” That evening at a press conference in Chicago, Hawkins reaffirmed the original goal of her gesture, and said she will continue to wear the hijab until Christmas. “This Advent, I’m standing up with my Muslim neighbors out of my love for Jesus and the love I believe he had for all of the world,” she told reporters. “And I’m not alone in this.”

Here is the original story, in full, at The Atlantic:
http://www.theatlantic.com/politics/archive/2015/12/christian-college-suspend-professor/421029/

Fund this Resource
to keep us online…
And Thanks! 😉
You make a difference!