American Police out of Control

“Quanice Hayes, a child of only 17 years old was murdered gangland style, with I bullet shot to poor Quanice’s head, followed by 2 more bullets into his chest.”

... And the boys in blue with badges who murdered this boy were not arrested, charged or tried for their crimes.

When police officers profile, harass, assault, attack, rob, brutalize or murder citizens, demonstrators and unarmed protesters exercising their civil rights, this “negative contact” is too often initiated by rogue cops. These facts matter. Pretending will not make these attacks, beatings and killings go away.


“These problems aren’t rare, they aren’t isolated, and they are taking an enormous human and financial toll on our country. If we are to ever properly address this problem, we cannot do so if we do not honestly admit its expansive size, scope and depth.

A rare problem will get a tiny solution. That’s what we’re getting right now, but the United States is facing a true moral human rights crisis with police brutality and corruption in our country.

The United Nations just sharply criticized our country for our police brutality crisis. For the first time in its history, Amnesty International is sending human rights monitors to the United States to monitor American police and is issuing scathing reports on what it is finding.”

More people died from police violence in 2017 than the total number of U.S. soldiers killed in action around the globe (21). More people died at the hands of police in 2017 than the number of black people who were lynched in the worst year of Jim Crow (161 in 1892). Cops killed more Americans in 2017 than terrorists did (four). They killed more citizens than airplanes (13 deaths worldwide), mass shooters (428 deaths) and Chicago’s “top gang thugs” (675 Chicago homicides). 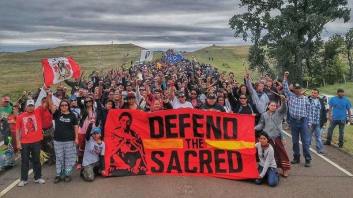 Yet only 12 officers were charged with a crime related to a shooting death.***

Hundreds of people who died during interactions with U. S. police officers were  unarmed citizens who did not deserve to die. This does not happen in other nations. We have a very real problem and must address these issues. Since we do not hold police departments accountable, these numbers may not represent all of the abuses of power which occur. There may be as many as 3000 people whose deaths are not recorded. It is time for accountability.

“9,000 bad cops in the US is a massive problem, 90,000 bad cops in the US is total disaster. People are dying. Unarmed people, often in front of witnesses, sometimes even on camera. We as a nation are simply accepting the process by which justice is meant to be be served. We are accepting that 90,000 (or even 9,000) bad cops on our streets with our children is somehow acceptable.”

When officers break the law and abuse their communities, they do not have a right to go home after a shift to their families and friends. Police who abuse

their neighbors and exceed their authority should be subject to the same laws which apply to anyone else. This includes derelict officers who observe but ignore and fail to report these crimes.

“The average American police misconduct rate is estimated to be 834.69 per 100,000 police officers. In 2008 there were an estimated 712,360 state and local law enforcement officers employed in the US for an average of 1 officer for every 231.5 people.“

It is time that all police officers obey the law and stop initiating negative and criminal conduct with everyday citizens in their communities. 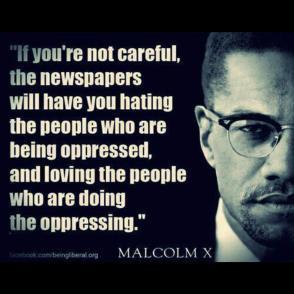 Police reform is long overdue. And no amount of name-calling and lies will change this.

These thousands of bad cops do not just hurt their neighbors, communities and this nation, they sully the reputations of responsible officers who put in their time protecting and serving the community instead of treating everyday people like the enemy. This problem will not go away by ignoring the violence or pretending.

Please Join us to express our grievances and demand justice.

Join us to honor Keaton, his dad and thousands who have been murdered  by American cops.

Audio evidence of what occurred when Keaton was killed…. has Keaton Otis screaming, his are hands up. An officer shouts, “Let’s do it!” and three members of Portland’s anti-gang HEAT Team open fire… from the Keaton Otis Portal at The NW Alliance for Alternative Media & Education:

None of the civilian witnesses interviewed saw a gun. None of the police officers, when first questioned, said they saw a gun.  But an hour after the execution, police claimed they “found” a gun on the front seat of the car.  But no link to Keaton and this mysteriously appearing gun has been established. When this terrified young man was gunned down, his empty hands were in the air.