https://youtu.be/q2CPhYpqITk?list=PL606D4C1E4BFB3669
Indigenous – Blues From the Sky

Genocide in the Americas…

Estimates of how many people were living in the Americas when Columbus arrived have varied tremendously; 20th century scholarly estimates range from a low of 57 million to a high of 112.5 million persons. Given the fragmentary nature of the evidence, precise pre-Columbian population figures are impossible to obtain, and estimates are often produced by extrapolation from comparatively small bits of data. In 1976, geographer William Denevan used these various estimates to derive a “consensus count” of about 54 million people.  Even this low estimate would indicate that more than 50 million indigenous people died from disease, attacks, destruction of the buffalo and outright executions and murders.

http://native-american-indian-facts.com/
.
The term “Indian” originated with Christopher Columbus. He thought that he had reached the East Indies when he landed in America and therefore named the inhabitants Indians.

European settlers to America brought with them diseases to which indigenous people had no resistance. These diseases killed millions of Indians and resulted in a huge population decline.  Sometimes tribes were intentionally provided with blankets infected with disease.

Europeans brought many animals to the Americas which  native people had never seen: cattle, sheep, and pigs.

Horses had been hunted to extinction by early settlers of the Americas thousands of years before the Europeans arrived. The reintroduction of the horse by Europeans had an incredible impact on the American Indians. They utilized the horse for travel, hunting, and warfare.

Numerous conflicts occurred between native tribes and European settlers before the American Revolutionary War, and after the Revolution between indigenous people and the U.S. government. These conflicts have been named the American Indian Wars.

In 1890 the last major battle between indigenous people in North America and U.S. soldiers occurred. It was called the Battle of Wounded Knee and occurred near the Wounded Knee Creek in South Dakota. Approximately three hundred Sioux were slaughtered.

In 1838 one of the most horrible events in American history occurred. This event was a forced relocation of thousands of indigenous people from their homelands to areas west of the Mississippi River. This march, named the “Trail of Tears”, resulted in the death of thousands of Native Americans from numerous tribes including the Cherokee, Seminole, Choctaw, and Chickasaw. Most of the deaths were the result of disease and exposure to the extremely cold weather.

Benjamin Franklin learned a lot about democracy by observing the Iroquois Indians. The Iroquois had a chief who ruled only as long as the tribes supported his decisions. The Iroquois were a union of several tribes that had in place limits to power held in place by checks and balances, one of the corner stones of democracy for the United States of America.

American Indians have appeared on many U.S. coins including the Buffalo nickel (Indian Head nickel) minted between 1913 and 1938 and more recently the Sacajawea dollar which features the famous Indian women who served as a guide on the Lewis and Clark Expedition.

“With her voice soaring, foot stomping, this beautiful songbird transcends time and brings the message of our Ancestors who have sewn this beautiful seed, that makes powerful music”. -Taj Mahal

“Humankind has not woven the web of life. We are but one thread within it. …All things are bound together. All things connect.”
– Chief Seattle

How many people inhabited the New World when Columbus landed on Hispaniola in 1492? How did the arrival of Europeans spark the population decline of aboriginal people in the New World?
William M. Denevan writes that, “The discovery of America was followed by possibly the greatest demographic disaster in the history of the world.” Research by some scholars provides population estimates of the pre-contact Americas to be as high as 112 million in 1492, while others estimate the population to have been as low as 57 million.
https://uwpress.wisc.edu/books/0289.htm

Estimates of how many people were living in the Americas when Columbus arrived have varied tremendously; 20th century scholarly estimates ranged from a low of 8.4 million to a high of 112.5 million persons. Given the fragmentary nature of the evidence, precise pre-Columbian population figures are impossible to obtain, and estimates are often produced by extrapolation from comparatively small bits of data. In 1976, geographer William Denevan used these various estimates to derive a “consensus count” of about 54 million people, although some recent estimates are much higher than this. Anthropologists and population geneticists agree that the bulk of indigenous American ancestry can be traced to ice age migrations from Asia over the Bering land bridge, though some believe previous seafaring peoples contributed population stocks. Many indigenous people have been in the Americas for at least 13 thousand years.
https://www.cs.mcgill.ca/~rwest/wikispeedia/wpcd/wp/p/Population_history_of_American_indigenous_peoples.htm 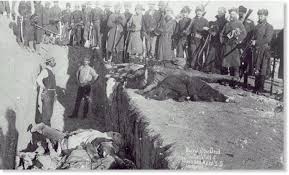 A controversial question relating to the population history of American indigenous peoples is whether or not the natives of the Americas were the victims of genocide. After the Nazi-perpetrated Holocaust during World War II, genocide was defined (in part) as a crime “committed with intent to destroy, in whole or in part, a national, ethnical, racial or religious group, as such.”
Historian David Stannard is of the opinion that the indigenous peoples of America (including Hawaii ) were the victims of a “Euro-American genocidal war.” While conceding that the majority of the indigenous peoples fell victim to the ravages of European disease, he estimates that almost 100 million died in what he calls the American Holocaust. Stannard’s perspective has been joined by Kirkpatrick Sale, Ben Kiernan, Lenore A. Stiffarm, and Phil Lane, Jr., among others; the perspective has been further refined by Ward Churchill, who has said that “it was precisely malice, not nature, that did the deed.” — the Europeans chose to spread diseases. Stannard’s claim of 100 million deaths has been disputed. Others claim as many as 115 million died.

Genocide is as old as history. It has been a part of the human condition from the very beginning. There are two main forms of genocide. One is direct genocide, a deliberate campaign to kill all members of an ethnic group. The second form of genocide is indirect genocide, which achieves the same result by seizing or destroying the land, the crops, the livestock and other essential items needed for survival. In World War II, for example, the Germans used both forms. Direct genocide took place in the gas chambers. Indirect genocide took place via programs like “Operation Hunger” where food was diverted from local Slav populations. 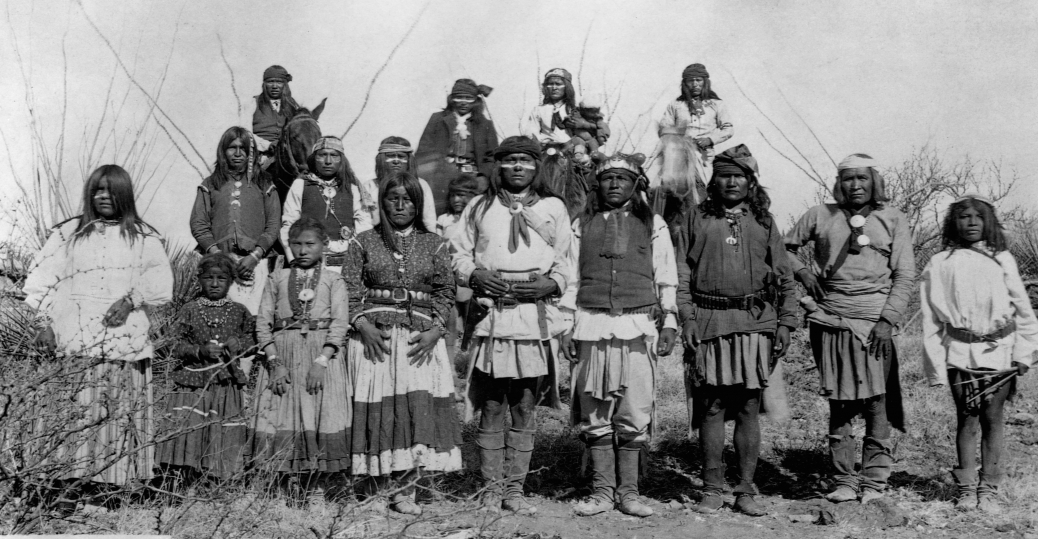 In the European conquest of North and South America both forms of genocide were also used although by far the predominant form of genocide was indirect genocide. A particularly horrible aspect of this tactic was the near extermination of the buffalo herds. 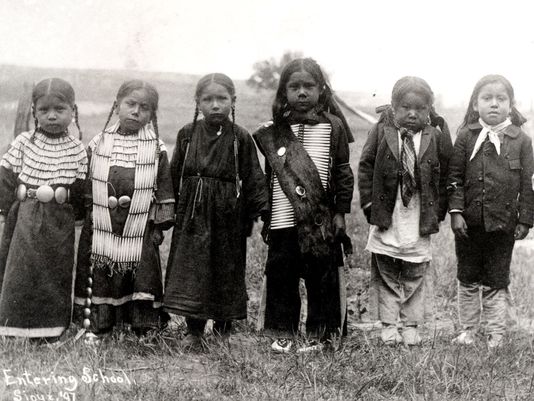 We do not know the exact number of people killed in the Americas. There was no one back in the time of Columbus compiling a census or doing a mass survey. However, we conclude that a figure of 75-100 million is reasonable.
A death toll of 100 million figure has been documented by the authors D.E. Stannard, author of American Holocaust, D.E. Stannard has said, “The destruction of the Indians of the Americas was, far and away, the most massive act of genocide in the history of the world.” . And apparently it didn’t take long for the Europeans to get this genocide started.
https://revolutionresource.org/2018/04/03/native-americans/
European settlers to America brought with them diseases to which indigenous people had no resistance. These diseases killed millions of Indians and resulted in a huge population decline. Sometimes tribes were intentionally provided with blankets infected with disease.

Some sources say “only” 15 million died, but they provide no sources and have been dismissed by serious researchers.
https://www.history.com/news/native-americans-genocide-united-states
From the time Europeans arrived on American shores, the frontier—the edge territory between white man’s civilization and the untamed natural world—became a shared space of vast, clashing differences that led the U.S. government to authorize over 1,500 wars, attacks and raids on Indians, the most of any country in the world against its indigenous people. By the close of the Indian Wars in the late 19th century, fewer than 238,000 indigenous people remained, a sharp decline from the estimated 75 million to 115 million living in North America when Columbus arrived in 1492.

To acknowledge and contemplate this genocidal disaster… We need blues power...

If you want to help us publish the Alliance, ThePeaceresource.com and Revolutionresource.org
contact editor@writingresource.org or submit stories, articles, art, commentary and music to editor@theportlandalliance.org